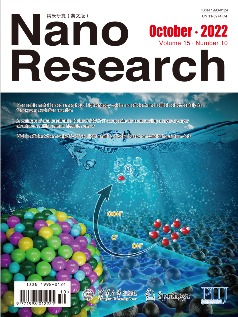 Two outstanding scientists have been awarded the annual Nano Research Award which is sponsored by Tsinghua University Press (TUP) and Springer Nature. Zhongfan Liu is the Professor at the Peking  University. Cees Dekker is the Professor at Delft University of Technology. Both winners have been invited to give keynote speeches at the 2021 Sino-US Forum on Nanoscale Science and Technology in Shenzhen, China.

Professor Zhongfan Liu was selected for the award in recognition of his significant contributions to the research of graphene film material growth methods. After more than ten years of continue working, Prof. Liu have made a series of breakthroughs which are leading the rapid development of graphene materials from the laboratory to the industrialization. He have also made a series of important breakthroughs in the application and exploration of graphene materials. Carbon fiber, graphene epitaxy-assisted LED technology, and aluminum current collector materials are representative examples. Prof. Liu put equal emphasis on basic research and industry, and he have done fruitful work in promoting the industrialization of graphene materials. Professor Zhongfan Liu is a recognized pioneer and leader in these research fields in the world.

Professor Cees Dekker was selected for the award in recognition of his significant contributions to nanoscience ranging from carbon nanotubes to nanobiology. After important contributions to solid-state physics in his early years, Prof. Dekker made truly ground-breaking contributions to nanotechnology in the 1990s. A clear highlight is his work on carbon nanotubes which became the poster child of the emerging field of nanotechnology. With these remarkable molecules, he realized the first-ever single-molecule transistors that even operated at room temperature and these discoveries of the electronic properties of carbon nanotubes as single-molecule quantum wires are widely considered as seminal breakthroughs. From the year 2000, Prof. Dekker pioneered the field of nanobiology, where he now is one of the world’s leading exponents, for example with his research on single-molecule biophysics and nanopores for DNA sequencing. Throughout his entire career, Prof. Cees Dekker has been a pioneer opening new fields.

The Nano Research Award, established by the journal Nano Research together with TUP and Springer Nature in 2013, is awarded for outstanding contributions to nano research by an individual scientist. The winner is selected by the Award Committee (the Editors-in-Chief, Associate Editors, representatives from TUP and Springer Nature) after receiving nominations from the members of the Nano Research Editorial Board. The first ten recipients of the honor were Prof. Charles M. Lieber of Harvard University, Prof. Paul Alivisatos and Prof. Peidong Yang, both of the University of California Berkeley, Prof. Yi Xie of University of Science and Technology of China, Prof. Lei Jiang of Chinese Academy of Sciences, Prof. Chad Mirkin of Northwestern University, Prof. Xinhe Bao of Chinese Academy of Sciences, Prof. Omar M. Yaghi of the University of California Berkeley, Prof. Dongyuan Zhao of Fudan University, Prof. John A. Rogers of Northwestern University.